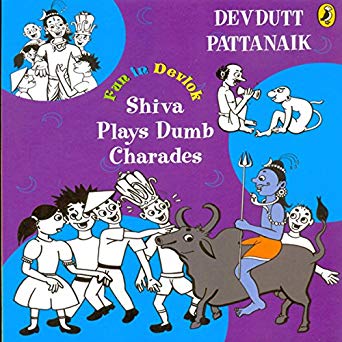 Five children are having fun one evening, playing dumb charades, when Shiva appears and wants to join in! Shiva turns out to be the best at dumb charades, as well as in asking riddles. He can say so much with only his actions! He also tells the children wonderful stories with the help of the many objects he carries with him, like the rattle drum, the crescent moon and a fountain of water that rises from his head. Soon, thanks to Shiva's playfulness, the children know much more about Shiva and the other gods - even more than their parents!