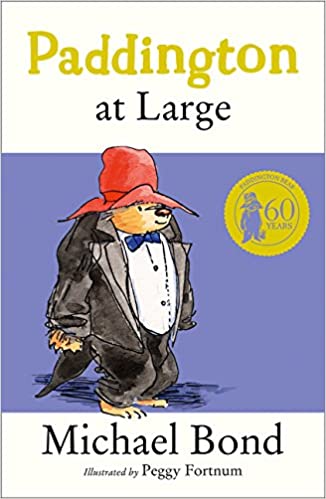 To celebrate Paddington Bear’s 60th birthday in 2018 this hilarious classic novel from master storyteller Michael Bond has been given a fresh new look. Paddington is now a major movie star!

“Even Paddington can’t come to much harm in half an hour,” said Mrs Brown optimistically.

But who else other than Paddington could hang Mr Curry’s lawnmower from a treetop or set Father Christmas’ beard on fire?

For nearly sixty years, Paddington Bear has touched the hearts of adults and children worldwide with his earnest good intentions and humorous misadventures.