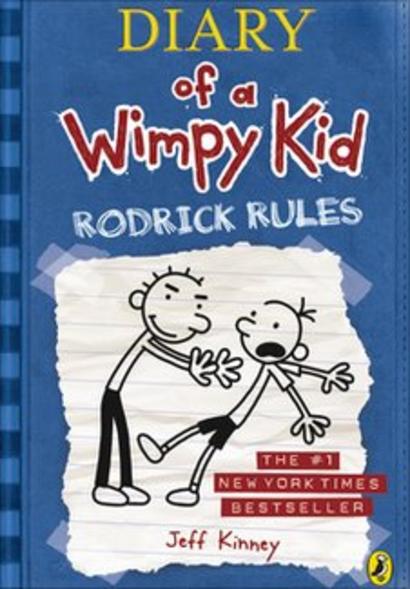 Diary of a Wimpy Kid: Rodrick Rules is a sequel to the colossal hit 'Diary of a Wimpy Kid’. The story rotates around an 8th grader Gregory Heffley who is facing some problems which usually is not faced by a mid-school child. The new academic year has just started at school. Greg, in his journal, initiates by focusing on how disastrous his summer vacations went. Greg is a kid, who is considered as a recluse by his peers due to the “cheese touch”. Although, he tries to forget the past things as a new and fresh academic year is about to start, things do not go down well with him as his own brother Rodrick Heffley knows one of Greg’s dirty secret. As an 8th grader, Greg has to face many situations like, wooing girls, prosper in the talent hunt being conducted by the school and the most important of them all, hiding his secret. Greg however, is successful in passing the “cheese touch” to Jeremy Pindle. In his journal, Greg also mentions about his best school buddy Rowley Jefferson, who had gone to South America during the summer vacations. Also there is a mention about the fact that how Greg’s mother has been struggling to make Greg and his brother Rodrick behave like other usual 'brothers’. But such 'usual brotherly behaviour’ is not acceptable to Greg because Rodrick has the leverage of knowing Greg’s 'dirty secret’ and resultantly treats Greg at his own wish and will. All the above given stuff is beautifully narrated by the author in an entertaining manner with lots of amusing life events discussed in the book. The author has tried to go deep into almost every single facet that a middle school kid faces in his everyday life. The narration is given in a humorous manner.